We first covered the Calyx Institute back in 2016 (our news story) when we heard about this feisty non-profit offering a truly unlimited Sprint hotspot plan to its members.

But Calyx wasn't actually "selling" cellular service. Rather - the plan was offered as a perk to supporting members of the Calyx Institute who made an upfront donation of at least $500 to support Calyx's ongoing advocacy work.

The mission of the Calyx Institute:

... is to educate the public about privacy in digital communications and to develop tools that anyone can use. By embracing "privacy by design," we help make digital security and privacy more accessible to everyone.

In return for supporting this worthy cause - Calyx contributors received a mobile hotspot as a perk, and a year of truly unlimited hotspot usage on the Sprint network.

This plan has proven to be one of the best ways to get unlimited hotspot data on Sprint, and this has been one of our top pick data plans ever since.

But now with the pending T-Mobile/Sprint merger being finalized potentially as early as April, will Calyx be impacted?

Is it still safe to put so much money on the line to snag a Calyx plan? Are the plans really going to be around for the long haul?

To ease these fears - Calyx is introducing quarterly pricing, making it a lot less costly upfront to join.

A Brief History of “Non-Profit” Sprint Based Plans 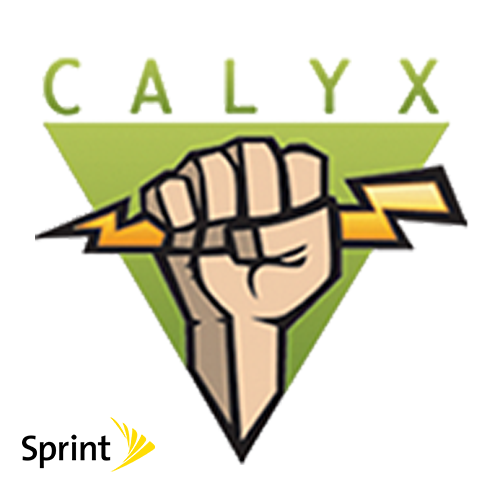 Long ago the FCC set aside some cellular spectrum devoted to serving "public benefit" (aka non-profit) organizations, and this spectrum ended up managed by the carrier Clearwire.

When Sprint bought Clearwire in 2013, it inherited these contractual obligations. And despite some early struggles, Sprint has mostly just let these plans cary on undisturbed - leaving the plans managed through master agents Mobile Citizen and Mobile Beacon who make sure the participating non-profits are playing by the rules.

The most important rule - the terms of these plans do not allow the non-profits to resell cellular service, but say:

"You are permitted to use of the Service as long as you are a user, recipient or beneficiary of a non-profit programs or services, but not thereafter."

To sign-up for one of these non-profit based plans (our gear guide has a lot more details), you generally must become a member or beneficiary of the non-profit organization and pay for a membership level which includes the mobile internet service as a perk.

The mobile internet benefit that comes with membership usually includes a mobile hotspot device and at least several months of service.

You are not purchasing a plan - and thus there are no refunds if you don't need the service for the full term or if, for some reason, the plan gets discontinued - such as what happened to 4GCommunity a couple of years ago.

Calyx Institute is one non-profit that has been offering these plans reliably since way back in 2013 (at first under Clearwire), and anyone who believes in the importance of "online privacy" can legitimately claim to be benefitting from the work that Calyx does.

This makes Calyx a particularly easy non-profit plan to qualify for, in contrast to PCs for People, which has a strict low-income requirement to become a member. 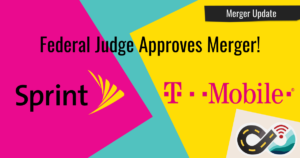 Sprint based plans have become more compelling in the past year now that Sprint devices have begun to roam onto T-Mobile's network as the two companies move towards finalizing their merger.

If the merger is indeed fully finalized (it has currently passed all major hurdles) - later this year Sprint plans should be grandfathered in on "the New T-Mobile" and current plans should be able to take advantage of the combined coverage and spectrum of both carriers.

But what will happen to MVNOs, resellers, and oddball non-profits like Calyx?

Will existing customers get kicked off, or grandfathered in?

The Calyx Institute Executive Director, Nicholas Merrill, has been publicly confident that the underlying contract still has decades left:

Q: With the pending merger of Sprint and T-Mobile, is that affecting your Contributor and Contributor Plus agreements; is there a disruption of service on the horizon?
A: We don’t have a crystal ball, but we don’t think so. The contract that makes Sprint (or whoever holds this particular piece of public benefit radio spectrum) provide low-cost unlimited access to educational non-profits is based on a 30 year license, and there is still 20-something years to go on it. It already survived one merger/acquisition when Sprint bought Clearwire, and one court challenge from Sprint in 2016 so we think it won’t go away.

Even though Calyx is fairly confident their plans will survive the merger - Calyx understands there is some element of risk involved for those contemplating a large annual pre-commitment.

So now Calyx has begun offering quarterly supporter options too.

Recognizing the hesitancy to commit $500 or $600 to an annual plan right now, Calyx has decided to offer quarterly pricing options for their membership.

In the long run, the quarterly pricing isn't as appealing as paying a year at a time - but there's less risk if you have any fear that T-Mobile might try to get out of honoring these plans after the merger.

Assuming these plans do stick around, they are a legitimately solid deal.

And if you start off quarterly, you can always switch to annual payments later to save even more.

Is it Really Unlimited?

Yes, the Calyx plan really is unlimited and unthrottled data. From the Calyx FAQ page:

Q: Will I get cut off, charged more, or slowed down if I use a certain amount of data?

A: Our contract with Mobile Citizen says "no throttling, suspension, or overage charges after 30GB". As of April 2019, we were finally authorized by Mobile Citizen to describe the service as "unlimited" because there is no limit to the amount of data you can use, and there never has been. We began offering this membership benefit on the 4G/LTE network in April 2016 and so far we haven't heard of anyone being cut off for using too much data.

In all the years that the Calyx plan has been around - we have not heard of anyone experiencing any throttling impacts.

There are also no reports of throttling on video streaming resolutions, but the plans are subject to network management under congested conditions 'as per the carrier's terms' - which on Sprint is currently as being after 50GB of usage in a month.

The difference between the Contributor and Contributor Plus levels is simply the included device, and the current choices are the CoolPad Surf and the Inseego MiFi 8000.

You'll need to decide which is more important to you - a more modern modem with antenna ports to allow for external signal enhancement or a less powerful modem without antenna ports that will support T-Mobile's Band 71.

More on this topic:

Don't plan on being able to move a Calyx SIM to a router or another device, however:

Q: Can I take the SIM card out of the hotspot you provide and use it in another device?

When you are pre-paying for a year in advance, doing anything to risk having your service canceled just isn't worth it.

Sprint has always been a distant fourth when it comes to network coverage, significantly reducing its appeal to our typical audience of mobile users.

But sometimes Sprint proves to be a great option for getting online - particularly in highly congested areas where AT&T and Verizon are overloaded.

And as the pending merger with T-Mobile closes, things could get even better as Sprint customers get grandfathered in as T-Mobile customers - with full access to all of T-Mobile's network too.

Therefore - before the merger is finalized, it may be wise to lock in a sweet Sprint-based plan while you can.

The non-profit plans we track offer a great value overall on Sprint if you're willing to upfront a membership fee and take a chance on these plans being grandfathered.

If you are interested in a Calyx plan, you can get to the Calyx ordering page here:

If you can qualify as low income, you may also want to look to PCs for People for similar and even lower-cost options:

If you're unwilling to upfront a quarterly payment and you're an FMCA member, you also can obtain the FMCA Unlimited Sprint Plan for $49.99 a month.

The FMCA plan does, however, have video throttling - leaving it at a disadvantage to the others.

Here is our full guide to Calyx, and to other similar Sprint-based non-profit plans: