Visible is Verizon's own prepaid brand for smartphones offering unlimited data, including mobile hotspot use.

All Visible data usage is always subject to network management. Video is reduced to 480p resolution as well (DVD quality).

Visible includes calling and texting to Canada, Mexico, the US Virgin Islands, and Puerto Rico but no data roaming in those locations. 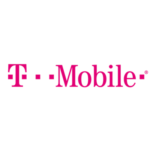 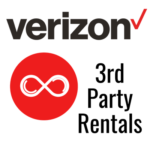 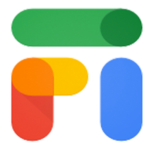 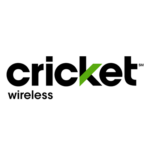 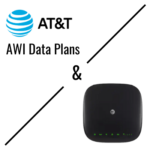 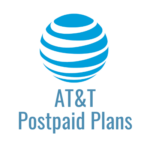 Normally our reviews are member exclusive content. However, given how affordable & effective this option is  - we have decided to make most of this review public as an example of the types of in-depth reviews we do for all products we test.

It is with gratitude to our premium Mobile Internet Aficionados that we can create content like this and provide free content to the public - our funding primarily comes from their membership dollars.

Click to Learn more about becoming a Premium Member and support us in creating more content for the RVing & cruising community!

Visible is an affordable unlimited smartphone plan, and a great way to get access to Verizon's network. But it comes with downsides like always on network management, higher ping times and restrictions on mobile hotspot use. For high bandwidth reliable needs - is not likely to be a primary data plan of a mobile internet arsenal. But with understanding the downsides of this plan, it can be a fit as a back-up source of data.

Our review of the Visible plan for use as a home internet replacement for RVers and Cruisers (Oct 1, 2019):

We've been tracking Visible's service since it was released in May of 2018. We've seen reports of excitement, and frustration, with the service.

In good signal conditions, ping times on postpaid Verizon tend to be in the 40-80ms range. Because Visible traffic is routed through their own servers first, there's extra ping time. Visible's FAQ states that they "expect network to device (round-trip) latency to be about 150 milliseconds."

And, being constantly subject to network management - prioritized behind postpaid Verizon customers -  we've seen folks who reportedly use the service within populated areas be frustrated by unusable data service.

There have also been reports of dropped calls, TXT messages, and blips in data.

We have noted multiple complaints re: porting-in of numbers to and from Visible. We really don't recommend porting a number over to Visible if that number is important to you to any prepaid service.  We recommend a new number be used on this service.

During our April 2019 testing, all Visible data was subject to a 5mbps throttle cap. As of June 2019, 'limited time' high-speed on-device data is available on the plan, although mobile hotspot data is still throttled to 5mbps. For the first couple of months there was no actual throttling of mobile hotspot data, but starting in late September we did start to notice intermittent signs of it. And as of November 2020 - there are now consistent reports of hard throttling when using personal mobile hotspot.

This review has been updated to reflect the Visible plan since the lifting of the speed caps.

Getting the plan was a bit of a struggle and more difficult than it should be.

We ordered the free SIM card online and got the initial verification e-mails. After the SIM didn't arrive after a week, we logged into the Visible website to be greeted with a pop-up that said there was a problem and we needed to initiate a chat session.

A supervisor confirmed the order details (name, data, shipping address) and said the SIM should be on the way. A few days later, it wasn't - and we had to repeat the process.

Throughout the entire time, customer service could not tell us what the problem was and we were never proactively contacted about there being potential issues.

We suspect the root issue was our credit card on file being closed do to an unrelated suspicious transaction, or perhaps having a different shipping address from billing address? Hopefully this was an isolated issue that others won't encounter.

The SIM did finally arrive after about two weeks after ordered, and activation was super easy from that point - using the Visible app on our compatible smartphone.

We discontinued the plan after the first month of service and our initial review, and we easily re-activated it online in June to test the plan without the speed throttling in place. We have kept the plan in service since, regularly testing for signs of the mobile hotspot cap being enforced - it wasn't until late September 2019 that saw any indication of it.

A year later, in November 2020 - there are widespread reports of the 5 Mbps hotspot cap being enforced.

All devices were fairly equivalent in modem specifications being Cat 18 and 4x4 MIMO. No signal enhancing gear was used.

Visible is definitely lower priority than Verizon postpaid plans and even their direct prepaid plans. But definitely usable speeds in this location.

When testing mobile hotspot on Visible, we initially saw nearly full speeds. However, by the second test we consistently saw near 5 Mbps hard throttling. We tested several times on device to confirm that higher speeds were staying consistent.

The ping time is also considerable and does cause a noticeable short stutter delay in loading of requests. For regularly web surfing, this results in a delay when loading new pages. But once the load has started the pages tend to load fairly well. Certainly usable for many tasks - but for those with latency dependent tasks this plan may not be suitable.

We tested video streaming with odd results. On YouTube, we were able to stream at 1080p, but with some buffering. On Netflix, we were seeing 288p resolution. Testing on Fast.com frequently resulting in speeds around 1.5-2.4 Mbps - indicating a harder throttle to video service.

The mobile hotspot feature works, but we are not seeing the 1 device limitation from our iPhone - as we have been able to connect multiple devices at a time.

If the phone you use does have the 1 device hotspot limitation, you can use a mobile router to share the connection to get around it.

Use in Other Devices

Does the SIM card work in other devices?

We did try swapping the Visible SIM into the 8800L hotspot, and the 8800L showed no service with the SIM card. We also tried it multiple cellular embedded routers - this plan is meant for the smartphone models supported by Visible.

We tried putting the SIM into another iPhone that did not have the Visible App installed, and it worked fine.

For those wanting to get around the 1 device limitation, you can tether your smartphone to a router via USB or Wi-Fi (with a router that supports this) and still be within terms of service.

We noted chatter of a 'soft-launch' of eSIM for iPhones in early December.

Initially, there is no conversion from those on current plans with physical SIMs to an eSIM. In addition, in order to activate a new plan on an eSIM, you must contact a customer service rep.

We've had to contact customer service multiple times in setting up this plan and then afterward, and while chat is readily accessible and reps friendly, they seem to have limited ability to help. That they could give us no feedback as to why our original order was in limbo was frustrating.

After receiving the SIM card, we noticed a number of phone calls (from a variety of numbers) coming through on the number assigned. We asked Visible if they could either change our number or block calls. They were unable to do so. The only solution they offered was to cancel our current account with no refund and activate a new line of service.

So do be aware that if you end up with a new phone number and it's been active before - this could be a problem.

You can purchase a device directly from Visible, or bring your own compatible device.

Visible offers promo codes for a discount off the first month of service:

Want to join a Party? There's a Subreddit created just for posting and/or finding open parties.

Here's a video going over the 'limits' on so-called 'unlimited' data plans:

But a data plan alone will not keep you online. For more education on assembling a cellular centric mobile internet setup, head on over to our collection of guides to help with selecting gear and your signal enhancing strategy: