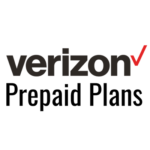 In addition to slightly changing some of the data amounts offered, Verizon Prepaid is now offering a 'Loyalty Discount' for customers who remain on their plan for 3+ and 9+ months. A mobile hotspot data add-on option is now available for the new Unlimited phone plan, and Canada & Mexico is now included.

Verizon Prepaid has updated their prepaid phone plan offerings - increasing the perks of their unlimited plan, slightly decreasing the data provided on their capped plans, and adding a new Loyalty discount feature.

The updated plans offered by Verizon Prepaid include a new to Verizon Prepaid 'Loyalty Discount'. This Loyalty Discount rewards a customer for 'sticking with' their plan for three months, and then even more for continuing on their plan for nine months. At four months, the plan pricing drops by $5. The price drops another $5 on the tenth month's bill - and continues at that price so long as you keep the plan in good standing.

The Loyalty Discount is applicable on top of an autopay discount that Verizon Prepaid has featured for some time - another $5 discount for setting up autopay on a plan.

And - based on Mobile Internet Resource Center team plan testing - it looks like if you have been a 'faithful Verizon Prepaid customer' prior to switching to the new plans - your previous months of loyalty will count towards the Loyalty Discount. So, if you've used Verizon Prepaid for over nine months, and then switch to one of Verizon Prepaid's new plans, you will automatically get Loyalty pricing.

These new plans are smartphone plans only. Verizon Prepaid offers data only plans designed for use on a hotpot or tablet device.

Verizon Prepaid's new iteration of phone plans are basically a 'step up' from their previous line-up.

The added bonus of potential Loyalty discounts on top of autopay discounts could earn you up to $15 of savings after 9 months of service. However, with previous multi-line discounts, the savings were greater from day one.

Plus - the new plan offers some nomad friendly perks the old plan did not.

Also notable, the new Prepaid Unlimited Phone Plan includes 1/2 a GB of data usage in Canada or Mexico per day. It's the same inclusion that Verizon's postpaid plans offer. The previous Prepaid Unlimited plan's offered the ability to add on a Travel Pass at $5/day for the same amount of day - so a definitely score here for those who cross borders (when borders are crossable again.).

If you happened to have locked in the $10/month special discount offered on the Verizon Prepaid unlimited data plan back in May of 2020 - you might still consider switching to this newer unlimited plan. The mobile hotspot option, plus the Canada / Mexico data roaming makes this newer Unlimited plan worthy of consideration.

Notably, Verizon's new 'mid-tier-data' phone plan offers one less GB of data than their previous iteration of the plan. Of course, technically the old 16GB plan was an 8GB plan on a perpetual double data promotion.

And, pricing is consistent across both plans - until after you hit the 3 months and 9 months of plan use/payments points.

The potential for up to $10 of savings for the loss of a single GB of data is a consideration when decided whether or not to switch from the old 16GB plan to the new 15GB plan. As are any multi-line discounts you might have.

If, however, you happened to lock-in the $10/month discount on a 16GB Verizon Prepaid phone plan, which was offered back in May of 2020 - there is no reason to update your plan to the newer 15GB plan. You're getting 16GB of data for the same price as you would pay for 15GB after a 9-month commitment.

Verizon Prepaid is offering a new slate of prepaid phone plans. Verizon Prepaid's Jetpack / Tablet plans remain unchanged from what has been offered over the last year. While many likely wish for the return of the prepaid unlimited Jetpack plan, the 30GB hotspot/tablet plan remains a Top Pick at the Mobile Internet Resource Center.

For those who have been using, and wish to stick with, previously offered Verizon Prepaid plans, it is expected those plans will remain viable so long as your account balance is paid.

Verizon Prepaid's new Unlimited plan is a step-up from their previously offered plan, with the inclusion of mobile hotspot data and some Canada / Mexico data roaming included.

If you're seeking a Verizon based plan with a bit of (10GB) mobile hotspot data - or don't mind slowed 600Kbps, Verizon's new prepaid unlimited plan is a plan to consider. But none of these plans complete with Verizon's own prepaid subsidiary Visible, which remains a top-pick smartphone plan worthy of consideration with unlimited data and unlimited hotspot data for just $40/month.