When T-Mobile and Sprint merged in April 2020, it was always understood that merging the assets and networks of both companies would take time, but it was always unclear just how much.

After the merger was finalized back in 2020, the new combined T-Mobile gave a rough estimate:

"We’ve said it will take about 3 years to fully integrate our networks—and we hope to go even faster! For now, customers will use two distinct networks, Sprint and T-Mobile." 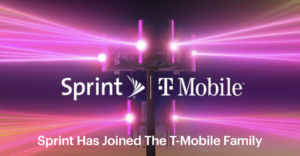 Sixteen months later, T-Mobile has now confirmed that it will shut down the Sprint LTE network by June 30, 2022, a little over two years from the formal merger date and a year sooner than originally projected.

Six months prior to this LTE deactivation, on January 1st, 2022, T-Mobile will shut down Sprint's legacy 3G CDMA network.

Assuming this schedule holds (and it may not hold - shutdown delays are common), this means that the Sprint network will cease to exist, and all Sprint customers will need to have transitioned to the T-Mobile network or switched to an alternative carrier.

Even though it's long been expected, the Sprint LTE shutdown is a big deal as it is one of the final steps in the multi-year saga that is the T-Mobile/Sprint merger, and it will effectively mean that the United States will only have three nationwide cellular networks - at least until Dish is able to build out its own network over the next several years.

Sprint's network assets, especially its spectrum holdings, will continue to fuel T-Mobile's network growth and expansion, particularly for 5G, even after the shutdown is completed.

With Sprint's 3G and 4G/LTE networks going away, current Sprint customers have some decisions to make. 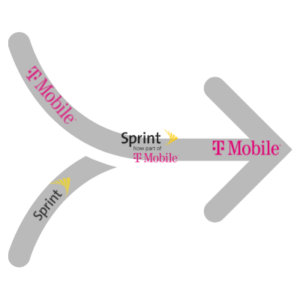 According to T-Mobile, one-third of Sprint's customer base has already migrated to the T-Mobile network, utilizing a program called the "T-Mobile Experience" (aka, TNX) which allows many Sprint customers to exchange their Sprint SIM cards for T-Mobile SIM cards. This effectively changes devices from using the Sprint network to the T-Mobile network while retaining the Sprint plan and terms.

Right now, opting into TNX is voluntary (Official TNX details here), but with the Sprint network expected to shut down completely in less than a year, time is ticking!

But TNX won't work for every Sprint customer.

The first problem is that some legacy Sprint LTE phones and data devices may not support the core cellular bands for the T-Mobile network, and once the shutdown happens they will be mostly obsolete. A new SIM card can't change the fact that these devices simply do not support critical T-Mobile cellular bands.

Customers with more recent Sprint devices (as well as multi-carrier flagships like the iPhone) will not be impacted.

For those that are impacted, a device upgrade will be required. If you’re curious whether your devices are compatible with T-Mobile's network, you can run an IMEI check on T-Mobile’s website.

The second issue is that there are currently Sprint customers in locations that are not well serviced by T-Mobile's network. So switching to the T-Mobile network via TNX or via a device upgrade could result in worse or even no service simply because T-Mobile doesn't (yet) service that area.

This may not be a big problem for full-time nomads, but for those who are part-time, stationary, or have a home base or a favorite location in one of these areas - then those Sprint customers may need to consider abandoning T-Mobile for another carrier that services that area better.

The Sprint CDMA/3G shutdown is looming even sooner: January 1, 2022.

And it's not just Sprint shutting down its 3G network - all the carriers already have plans to shut down their 3G networks as well by the end of 2022.

For our data-focused audience of nomads, however, this should have little impact since most data-only devices are LTE devices and are not impacted by the VoLTE requirement.

However, if you are hanging onto a 3G-only device or phone, it's time to upgrade! 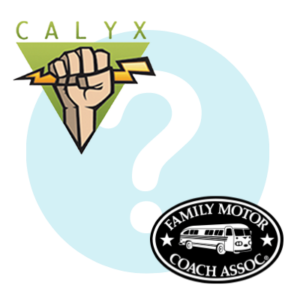 For a variety of historical reasons, some organizations have special access to Sprint plans with special and often very attractive terms.

The most popular and well-known of these are special plans intended for non-profits.

Additionally, third-party organizations and providers have contracted with Sprint to sell plans and services on the Sprint network.

Customers in these situations aren't technically Sprint customers, they are just using the Sprint network, so they cannot simply call T-Mobile and opt-in to TNX.

So what happens to these customers when the Sprint network goes poof?

T-Mobile has not officially announced what will happen with the special non-profit plans, which have long-term contracts that allow their terms to be inherited after an acquisition. In fact, these plans originated prior to 2013 with Clear Communications, and when Sprint acquired Clear they took over these plans.

Now that Sprint is part of T-Mobile, it is expected that T-Mobile will honor the original terms and purpose of these non-profit plans and transition them over to T-Mobile before the shutdown date.

But we don't yet know when and how that will happen.

Nicholas Merrill, the director of the Calyx Institute, told us he expects his plans will be supported long into the future, but:

"Some really old hotspots will probably need to be updated. I think eventually we may need to replace the Sprint sims, but at least a year out."

MVNO's and resellers who currently utilize the Sprint network will need to change over to T-Mobile or contract with another carrier like AT&T or Verizon. Customers on these plans should expect to hear from their providers about what the future will hold for their services.

The RV-focused Family Motor Coach Association (FMCA) sells Sprint-based service with its TechConnect+ package that is popular with some nomads. We sent official inquiries to FMCA about the future of this service in light of the announced Sprint network shutdown, but at press time have not received a response. 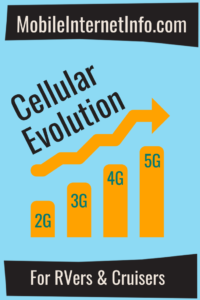 While Sprint's network in its entirety will be entering the void, the other carriers are also shutting some legacy networks down - but only the older 3G and 2G networks.

With the rise of 5th generation (5G) cellular, the spectrum used for 3G and older cellular technologies will be repurposed to support 4G/LTE and 5G.

Here's a quick summary of other network shutdowns:

No matter what network you are on - if you're still using 3G devices, it's long past time to upgrade!

For in-depth information regarding the evolution of cellular technology of all of the major cellular carriers - including more detailed shutdown information - see our guide:

Cellular Evolution: 2G Thru 5G, And Beyond

The shutdown of the Sprint LTE network is not at all surprising and is the inevitable consequence of Sprint's merger with T-Mobile.

And for many nomads, Sprint's limited coverage area - tiny in comparison to Verizon, AT&T, and T-Mobile, means Sprint's network won't be missed.

In fact, Sprint wasn't even that impressed with its own network.

It's important to keep in mind that even though the death of the Sprint network is inevitable, the timing is not. Shutdowns very often get delayed and T-Mobile may not be able to keep this aggressive timeline.  But even if the shutdown is delayed, those currently utilizing the Sprint network need to start planning for a post-Sprint world.

When Sprint is gone, nomads will have three powerhouse cellular carriers (AT&T, T-Mobile, and Verizon) that are truly nationwide.  In the far future (in cellular time), Dish may rise to be a fourth.