For many nomads, keeping connected is crucial. 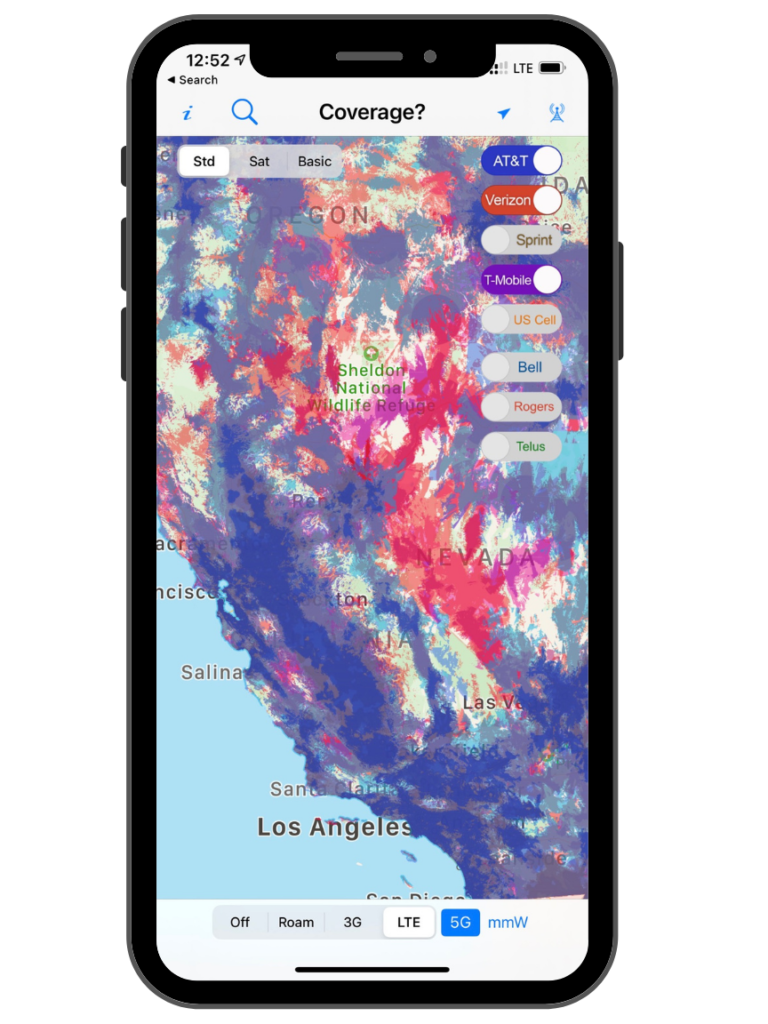 A decade ago, long before we launched the Mobile Internet Resource Center, we actually developed an app to help fellow nomads stay connected while they explore.

Coverage? allows you to directly overlay multiple cellular carrier coverage maps on a single map so you can compare coverage - or plan for where you will be able to stay connected.

The maps are based on the carrier's own provided maps, and are now supplied by our mapping partner Ookla. While the carriers maps are in part marketing and actual signal quality is highly dependent on several factors (distance to tower, terrain, your own devices, signal enhancing gear, tower load, etc.)  - Coverage? is a useful tool in planning your RVing or boating travels, along with utilizing crowdsourced resources.

As we celebrate our 10-years in the App Store, we're thrilled to announce three major new features that have launched in 'Coverage?' in 2020:

5G nationwide maps and US cellular are free for existing Coverage? customers. Canada maps can be enabled for a one-time unlock fee of $2.99. And the mmWave 5G layer is available for HD map subscribers.

To accommodate all of the new 5G map layers - we have also consolidated 4G & LTE maps and 2G & 3G maps into single layers. Roaming, 3G and LTE layers continue to be inclusive maps, but 5G and mmWave can be individually toggled for those wanting to track just 5G coverage (you can turn off LTE and below layers using the 'Off' button).

Key Features of the Coverage? App

Coverage? for Android starts out as a free trial of the standard app functionality for a few sessions, with in app options to purchase the full app or HD Map subscription.

Coverage? for iOS was originally launched long before in-app purchases, to preserve the user base it starts out as a paid app, with in-app options to upgrade to the HD Map subscription.

However, Coverage? Lite is offered as a free iOS trial of Coverage? – it allows you to use the full app with standard definition overlayable maps for a few sessions to check it out, before forcing you to pick a single carrier to continue for free. Or, you can upgrade to the full versions in-app.

About Chris and Cherie

Chris & Cherie have been traveling perpetually since 2006, mostly in an RV. They are high tech professionals who rely on mobile internet for their livelihood.