T-Mobile has announced that they have just deployed the world's first 600MHz LTE (now known as LTE Band 71) cellular towers in Cheyenne, Wyoming - and that T-Mobile is pushing hard to encourage UHF TV stations to fast-track their migrations so that T-Mobile can free up spectrum to deploy 600MHz faster more broadly across the country than anyone had expected possible.

T-Mobile shared their plans for the remainder of 2017:

That will make for an impressive T-Mobile coverage map, once completed.

As of late August, there are still NO consumer cellular devices that support 600MHz spectrum.

Many had hoped that the new Galaxy Note 8 would be the first phone with LTE Band 71 support - but T-Mobile has now confirmed that it will NOT support 600MHz. T-Mobile says however that both LG and Samsung will have entirely new models released in Q4 2017 with 600MHz support - but it remains unclear just what those future models will be, or when they will launch.

Anyone considering T-Mobile should keep in mind that they will want to plan on upgrading their cellular devices in the next 12 months, once 600MHz support goes mainstream.

UPDATE #2: T-Mobile announced on August 31st that the upcoming flagship LG V30 smartphone would be the world's first cellular device with 600MHz support, and that this new phone would be shipping on T-Mobile's network later in the Fall.

600MHz is a big deal for T-Mobile - and anyone contemplating using T-Mobile in the future should consider holding out for a 600MHz compatible device to ensure the best possible cellular coverage.

It is good to see that one 600MHz phone has at last been announced - we look forward to hearing about more. We're especially eager to see a 600MHz hotspot or cellular router come to market.

Our original story is below...

Wireless spectrum is like real estate - and there is only so much to go around.

When analog television was phased out for digital television in the United States in 2009, all the analog channels were shuffled to new digital homes. This freed up UHF TV channels 52-69 (698MHz - 806MHz) for cellular data use - a huge chunk of spectrum which the FCC auctioned off in 2008 ahead of the transition.

Verizon and AT&T dominated the 2008 auction - and it paved the way for those two carriers to claim a commanding lead in rolling out nationwide LTE cellular service in the years since.

But the demand for cellular data has been insatiable, and things were getting dire with no remaining low frequency spectrum left unclaimed for carriers to expand onto.

To help with the demand, in 2012 congress authorized the FCC to orchestrate another auction to free up more UHF capacity for cellular.

This time the owners of UHF TV channels would need to be persuaded to move channels, combine channels, or go off the air - so the FCC set up a fiendishly complex "incentive auction" where the stations would bid to establish their sale price to give up their spectrum, and the cellular carriers would then bid to control it.

After years of planning and a full year of multiple rounds of top secret bidding, the auction ended last week - and the results are out.

And there are some interesting surprises - and one BIG winner.

Prefer video? We have a quick video version of this article too:

The FCC initially had ambitions of clearing away UHF channels 27-51, but ultimately the auction only ended up raising enough to reclaim channels 38-51 - resulting in 70MHz of new cellular spectrum being created - split into 7 channels.

But these aren't nationwide channels - there were over 400 defined territories, with nearly 3,000 total licenses up for auction. Carriers could bid on multiple channels in a territory, and winning multiple channels means being able to enable faster speeds and more customer capacity.

Competition was fierce for channels covering major metropolitan areas, where the current cellular networks are already reaching an overload point and more capacity is desperately needed.

But buying rural licenses would allow the winner to focus on rolling out service to the widest possible coverage area nationwide.

And this is where T-Mobile made its move.

T-Mobile has been boasting for years that it was going to be playing to win in the 600MHz auction, and CEO John Legere wasn't bluffing.

T-Mobile's press release and video announcement crows about the "biggest news ever" and winning the "motherload", saying:

"Buckle up, carriers. It’s about to get real. T-Mobile today just confirmed the Un-carrier’s jaw-dropping results from the recently concluded and successful 600 MHz FCC spectrum auction. The Un-carrier won 45% of all low-band spectrum sold, covering 100% of the US and Puerto Rico and enabling the Un-carrier to compete in every single corner of the country. T-Mobile walked away with a staggering 31 MHz nationwide on average, quadrupling the Un-carrier’s low-band holdings, for a total of $7.99 billion, the company’s largest investment ever. T-Mobile is also sharing plans to put that spectrum to use later this year in parts of the country, defying industry expectations."

These new spectrum holdings will leave T-Mobile in an extremely competitive position versus even Verizon.

But keep in mind - it will take years to actually build out the network to take advantage of all this new spectrum.

The Other Winners: Dish, Comcast, AT&T

The second biggest winner was Dish Network, which bid $6.2 billion for 480 licenses. Dish has been spending a fortune buying up spectrum over the past few years, but so far it continues to sit on it without rolling out any service.

But if/when Dish decides to take action, it has built up a serious foundation to launch a nationwide cellular service on top of.

Dish has assured the FCC that it does indeed have plans to put its spectrum to use, saying recently:

“We do not believe that it serves the public interest or makes business sense to build out a 4G/LTE network now that would duplicate networks already offered by the wireless incumbents, and subsequently require an almost immediate upgrade in order to be competitive. Instead, Dish plans to deploy a 5G-capable network... This network will not be burdened with a requirement to be backward-compatible with legacy services.”

Next up was Comcast - spending $1.7 billion for 73 licenses only in current Comcast cable TV markets - buying way less spectrum than analysts expected.

Comcast has already begun to roll out its Xfinity Mobile cellular service on top of Verizon's network, and eventually these new 600MHz channels will give it more capacity under its direct control.

Rounding out the other top bidders was AT&T, who paid nearly a billion for just 23 licenses in some prime metro areas for enhanced future capacity in places like Dallas and Philadelphia.

But AT&T for the most part felt that it didn't need to compete.

AT&T has recently been awarded 20MHz of low-band 700MHz spectrum as part of a multi-year government contract to build and operate a nationwide LTE network for public safety and first responders - FirstNet.

While that FirstNet spectrum must prioritize public safety, AT&T will be able to eventually use it for consumer cellular service as well - significantly lessening AT&T's need to compete for 600MHz spectrum.

With resources already stretched too thin, Sprint announced long ago that it would not be participating in the 600MHz auction.

But the entire cellular industry was caught off guard when the results were announced, and it turned out that market leader Verizon had decided at the last minute not to place a single bid.

Why on earth would Verizon sit out what is likely the last chance to acquire such valuable low frequency spectrum?

Only Verizon executives know for sure - but here's a guess:

Why buy spectrum, when you can buy up the companies who have it?

Industry analysts expect Verizon to make a move soon to acquire Comcast, Dish, or even T-Mobile - and if that is indeed Verizon's longer term plan then Verizon bidding in the auction would have ultimately just been competing with itself.

Or... Perhaps rather than an acquisition, Verizon will just cut a deal similar to the one it entered into with Comcast in 2011 where Verizon takes over the spectrum and the seller gains rights to launch their own service with Verizon's network under the hood.

Such a deal between Dish and Verizon has been speculated about for years - and it would help Dish avoid looming penalties for failing to deploy all the spectrum it has purchased. 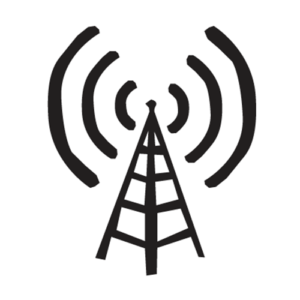 In the short term - nothing.

There are no cellular devices even announced yet that are compatible with this new 600MHz spectrum, and TV stations are being allowed up to 39 months (over three years!) before they are required to shut down or move.

In other words - this will be a slow transition.

T-Mobile is hoping to begin to take advantage of some already vacant 600MHz spectrum as early as the end of 2017, but it will probably be at least a full year before 600MHz really begins to be a factor even with the most accelerated rollout.

But in the longer term - more low band spectrum is great news for RVers!

More low band spectrum means faster speeds and more coverage in rural areas and remote places - areas that up till now may have just the barest hint of cellular coverage.

The other key takeaway from the auction is that T-Mobile is investing massively to be a true nationwide rival to Verizon and AT&T. And by this time next year - 600MHz LTE compatibility will be a critical key feature to look for in any phone, tablet, or hotspot intended for use on T-Mobile's network.

Overall - having three nationwide top-tier carriers will keep the competitive pressure up on everyone - which is great news for customers!

To better understand why low frequency spectrum is so important to long-range cellular coverage, read our featured members-only article:

A lifelong geek, he was one of the founding editors of 'boot Magazine' (still going strong as 'Maximum PC'), and before hitting the road full time he was the Director of Competitive Analysis for mobile technology pioneers Palm & PalmSource.