Boost Mobile was sold to Dish Network on July 1, 2020 as part of the merger agreement between T-Mobile and Sprint. Boost will give Dish a customer base while Dish develops and builds its own network to become a 4th major cellular carrier.

As a result of this sale, we expected to see some changes to the Boost plan lineup, and in early July we reported on some initial plan changes.

Now just a month later, Boost is making some additional changes including adding new "unlimited" plans that are very limited.

Carriers have long tortured the definition of "unlimited," but Boost's new plans are one of the more extreme examples.

"Unlimited" in terms of the "Go Unlimited" plans means only 35GB of high-speed LTE data. After 35GB of use, all data speeds are throttled to 2G speeds for the rest of the month. This effectively means that these "unlimited" plans are actually 35GB plans.

This limitation follows on the changes made to Boost's previous unlimited plans in early July - the "Unlimited Gigs" and "Unlimited Plus" plans.  Boost introduced new fine print stating that these unlimited plans "may experience network management and/or throttling after 35GB of high-speed use in a monthly period."

With the "Go Unlimited" plans, that change becomes a definite hard throttle. It's not clear if this hard throttle will retroactively apply to customers on the older plans.

In July, we reported on two new plans Boost introduced - the $hrink It Plan and the Everything You Need Plan. 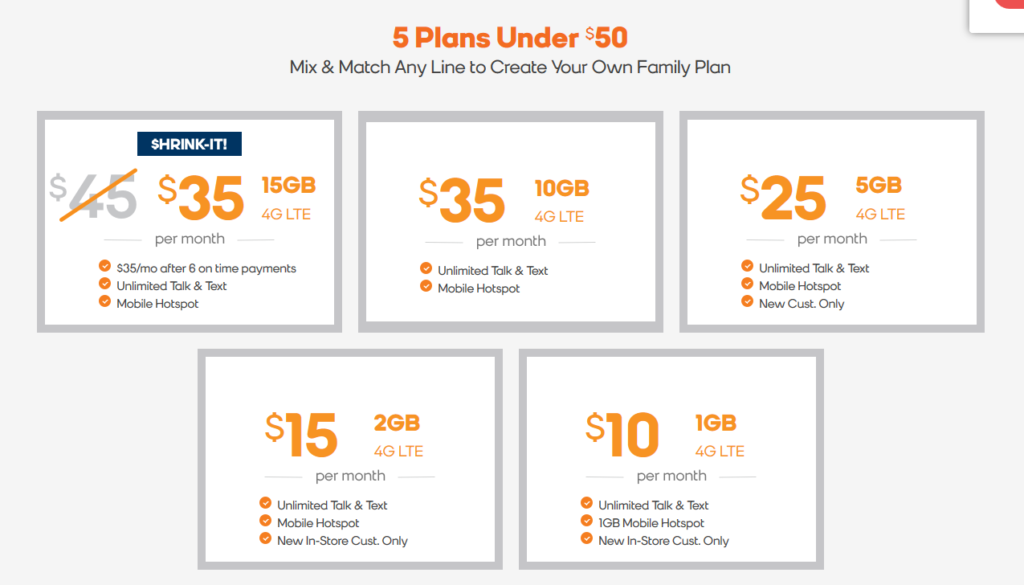 Boost's current plans are classified as being either on their "Expanded Data Network" or their "Nationwide Network." The plans on the Expanded Data Network are the Go Unlimited Plans, the $hrink It Plan, and the 5 Under $50 Capped Data Plans. The plans on the Nationwide Network are two unlimited plans (seemingly identical to the Go Unlimited Plans), a 3GB plan, and a 6GB plan that is only available at Wal-Mart.

There isn't a very clear or thorough explanation on their site as to what the difference is between these two networks, and Boost wasn't very forthcoming when we inquired.

However we have some thoughts on what the difference may be. When Boost was sold to Dish Network as part of the Sprint/T-Mobile merger, the agreement stipulated that Boost customers would be able to continue to use Sprint's network for several years, as Dish builds their own network. Since Sprint is now combined with T-Mobile, some customers/plans are able to take advantage of the T-Mobile network as well. As far as we can tell, the plans on the "Expanded Data Network" have access to T-Mobile as the primary network while the plans on the "Nationwide Network" are on the legacy Sprint network.

Also of note is the fact that the Nationwide Network Plans can be bundled as family plans, with discounted pricing available for each additional line. You can add up 5 lines in a bundle.

As part of the merger between Sprint and T-Mobile, the new T-Mobile agreed to provide 5G access to its network for Dish customers for the next several years. 5G on Boost utilizes T-Mobile's 5G network.

However, there are, again, discrepancies on Boost's website as to which of their plans are actually eligible for 5G access. Furthering the confusion, Boost representatives have given us conflicting information on which plans are eligible and which plans are not. It's very unclear what plans actually will have 5G access. If that is important to you, we strongly suggest trying to clarify this with Boost before signing up. We wish you luck.

Of course, in order to utilize the 5G service, you must have a compatible 5G phone, and be in an area where 5G service is available.

Hopefully, Boost will clarify their 5G access policies to make them clear. We will update this article as new information comes in. 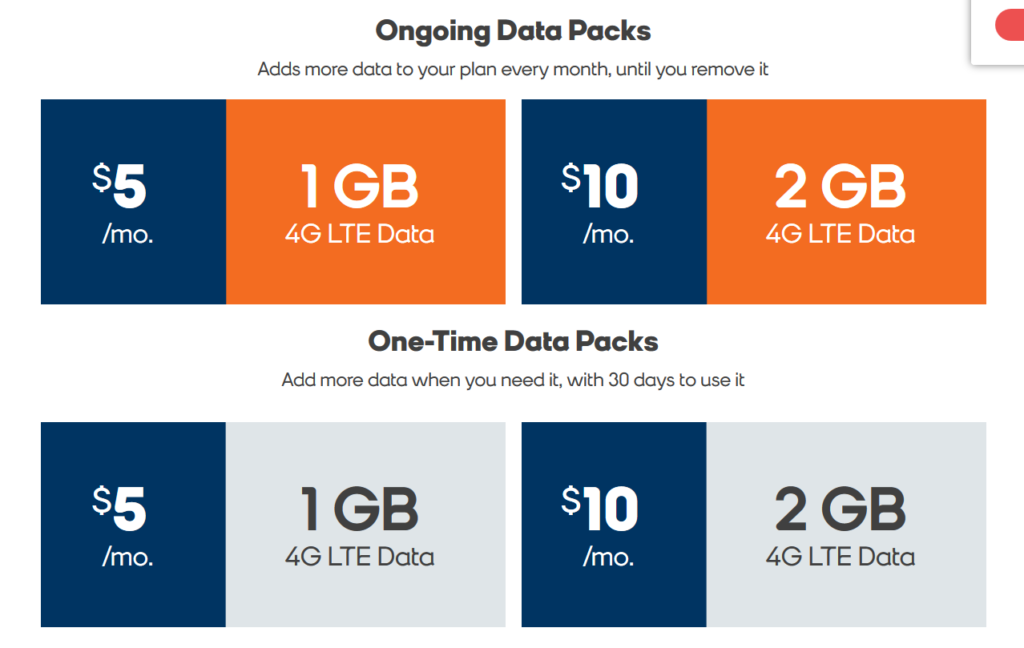 Boost now offers Data Packs, so you can purchase additional high-speed data if you need it.

You can purchase a Data Pack as a one-time purchase, or you can set it up to automatically renew each month until you remove it.

The new 35GB highspeed data cap on the Unlimited plans is really a big difference from their previous language that implied there was a possibility of network management or throttling. The hard data cap definitely makes these plans less attractive.

In addition to purchasing Boost Mobile, Dish also recently purchased Ting Mobile. We are expecting to see Dish purchase some other MVNOs in the future as they continue to build their own network and customer base. This could possibly mean there will be even more Boost plan changes going forward, and we will track and report on them here as they occur.