When all of the carriers rolled out their new unlimited plans earlier last year, they all came with clear and advertised caps on high-speed mobile hotspot use.

On-device data is unlimited at full speed (just subject to network management), but after you reached your mobile hotspot cap, speeds would be throttled to a set point.

The carriers currently have these caps, depending on their specific plans: 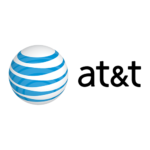 While T-Mobile and Sprint both had previously offered unlimited plans with hotspot caps - this was a new concept for both Verizon and AT&T. As a result, both were initially unprepared to track and enforce these caps.

It took Verizon until September 2017 to implement changes in their network technology to enforce their mobile hotspot cap, and soon after they implemented online tools for customers to track mobile hotspot use. This came as a bit of a surprise to Verizon customers who thought they had a truly unlimited plan up until that point.

A similar situation is now occurring with AT&T.

Ever since AT&T introduced the Unlimited Plus and Choice plans in early 2017 we've heard widespread reports of folks surpassing the 10GB mobile hotspot limit without any reduction in speed on smartphone and tablet lines. As advertised (and in AT&T's terms of service) speeds are supposed to be throttled to 128 kbps once the 10GB cap is passed.

And on their newer Unlimited Enhanced Plus (released March 1, 2018) and the just released Unlimited &More plans, the mobile hotspot high speed cap is raised to 15GB of usage in a month per line.

However, until recently, AT&T has never offered a way for customers to track their hotspot data separately from their on-device usage.

Several leaks last month indicated that AT&T was starting to roll out changes to its system that now allow customers to track hotspot data use.  And just in the last few days, we've seen some reports that AT&T is now enforcing the hotspot caps and throttling customers who surpass it.

Customers should start seeing mobile hotspot data on the AT&T website or the mobile app for any phone or tablet lines:

Hopefully, this clunky method to view mobile hotspot data use is an interim step and AT&T will make this information clearer in the main portion of the website and app.

Reports are starting to come in of the high speed mobile hotspot enforcement, and we anticipate this will roll out nationwide over the coming months.

The cap and throttle will apply only to smartphone and tablet lines on Unlimited Plus, Unlimited Enhanced Plus and Unlimited  &More  - which are the account types that AT&T advertised would have hotspot limitations.  AT&T's notification system will send text alerts as users approach the 10GB or 15GB caps.

AT&T also specifically exempted dedicated data devices (like mobile hotspot devices aka Nighthawk, Explore, Velocity) from this hotspot cap, and should remain unlimited just subject to network management.  These devices, however, could only be added to the original Unlimited Plus and Choice plans, which were retired at the end of February 2018 with a grace period to add for existing customer through May 6.

And this tracking and enforcement has no impact on other AT&T unlimited options like the Connected Car plans, prepaid tablet plans or high data Wireless Internet plans.

While it is sad to see unlimited mobile hotspot data end, it was inevitable that AT&T would begin to enforce their clearly disclosed terms of service. Those who benefitted from this unenforced feature will likely see throttling in the coming months as the enforcement is rolled out.

Hopefully, this will not come as a surprise to most, and those who need unlimited hotspot data heeded our repeated advisements to snag the now retired data only devices under Unlimited Plus, or a Mobley device under a Connected Car plan - before those windows shut.