But, with all "unlimited" plans - the new offer comes with some major caveats. 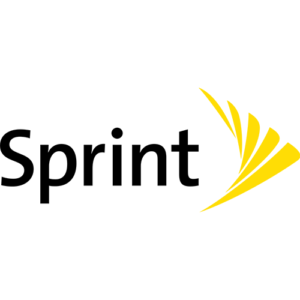 The plan does include unlimited 4G LTE for everything else but is still subject to Sprint's normal network management / data deprioritization policies which are currently set at 23GB.

The 10GB option for $30/month comes with the following features and restrictions:

If you're someone who is looking for a Sprint option to round out your mobile arsenal, or if you're an existing Sprint customer who needs unlimited hotspot data, then this new plan may work for you.

For a cheaper Sprint option without the restrictions, you might want to consider one of the Non-Profit based plans such as Calyx Institute or PCs for People - which can be as little as $10/month. Or perhaps the new FMCA Sprint unlimited plan for $49.99/month if you qualify for membership. Sprint's direct offering is definitely cheaper than Unlimitedville's $99/month 'Yellow' plan.

The 10GB option is the same as Sprint's high speed data cap on their unlimited smartphone plans, and could be a decent option to add a bit of extra data, especially with the carryover data feature.  The ability to purchase additional data is also a nice option to have and gives the plan some extra flexibility

The downside with Sprint, as always, is the the limited coverage map:

For more on how the four carriers stack up:
The Four Major US Carriers – Which is Best for RVers?

As a standalone plan, the unlimited option is cheaper than the comparable unlimited hotspot plan from AT&T (which was recently slated to be cancelled), but comes with more restrictions and much worse network coverage.  For $15 more for a standalone plan, AT&T gives much better network coverage and no caps on video streaming, music and game data - and for now the plan's retirement seems to have been rescinded.

Verizon's unlimited hotspot add-on to their BeyondUnlimited plans is only $20/month on top of a smartphone line - however only includes 15GB of high speed hotspot use before being throttled to 600 kbps for the remainder of the month.