Sprint, perhaps anticipating its potential union to T-Mobile, is jumping on the 55+ unlimited cellular plan bandwagon.  The new plan pretty well matches T-Mobile's own 55+ discounted plan, with a couple of noticeable differences.

Sprints deal, advertised as a limited-time offer, provides up to two lines for $70/month total ($50/month for the first line & $20/month for the 2nd, with autopay) for unlimited data, talk, and text for people who are 55 and up. The new plan is only available in Sprint stores starting May 18th, 2018.

Video Edition of this Story: 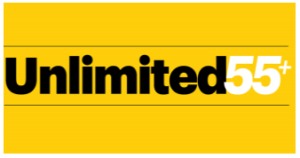 The Unlimited55+ plan is based on their Unlimited Freedom plan, but strips away some features to bring the 55+ discount more in line with the T-Mobile One 55+ plan. Here's a run down of the features:

The last two features - faster streaming and 10GB of high-speed data - can be added to the 55+ plan for an additional $10/month per line.  With two lines, that brings the price up to $90/month, only $10/month less than the Unlimited Freedom plan.

So this plan doesn't provide much of a discount at all, but it may still be a better deal in some cases, assuming you're interested in a Sprint plan to begin with.  Here's where it might work for some:

This new plan is priced the same as the T-Mobile's 55+ One plan offering similar features (3G hotspot use, reduced video, no Netflix) with the same option to upgrade to 10GB of 4G hotspot data and HD video for $10/month. The difference is T-Mobile includes taxes and fees, and network management does not kick in until 50GB of usage in a month.

Of course the biggest limitation for traveler's is Sprint's limited network coverage.