Marina Wi-Fi provider onSpot has recently adopted a policy of banning Wi-Fi extenders from their networks. onSpot provides Wi-Fi service to many marinas up and down the East coast, and often has reports of reliable service with fast speeds for marina customers.

Recently, an MIA member of the Mobile Internet Resource Center reported receiving the following in an email from their home marina which, like many marinas, uses the onSpot wifi service to provide internet connectivity for marina users:

We have discovered Netgear, TP-Link, Linksys, D-Link, and other generic WiFi extenders are causing serious connectivity issues on our networks and are critically hampering the WiFi service for you, the boater/user. To make sure our WiFi is performing well for everyone at onSpot marinas, our Engineering Team is presently scouring our marina networks for these WiFi extenders and blocking all offending devices from using onSpot’s WiFi service.

Effective immediately we will no longer allow the use of WiFi extenders on our networks and recommend a Pepwave Surf On The Go Router, a Pepwave Surf SOHO MK3 Router, or a King WiFiMax Router instead. We have tested these devices extensively and fully support their use at all onSpot marinas. Aigean and Wave WiFi products are also supported. 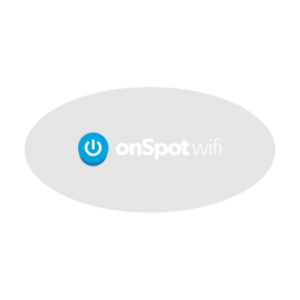 We reached out to onSpot for comment and more information, and received this reply:

The routers with WiFi-WAN capability and the CPEs like Ubiquiti are not problematic.

There have been many problems with the "range extender" type of device including Netgear, some TP-Link and other "no-name" range extenders.

These mostly do not work well anyway and end up causing problems on the network that hampers the Wi-Fi performance for all other users. An additional problem some of these cause is copying our SSID and password without any changes so they end up broadcasting the same name (onSpot 1, for example) as our antenna and then other boaters around the device unknowingly end up connecting to that device inside a boat instead of our antenna.

Nomads who utilize onSpot service at a marina should have no issues with Wi-Fi-as-WAN routers, including those from Pepwave, WiFiRanger, and others, nor should they have problems with dedicated Wi-Fi CPEs.

However, those who utilize simple and cheap Wi-Fi extenders/repeaters may find their devices blocked and unusable on onSpot's network.

WiFi-as-WAN routers create a private network for all your devices and connect them to an upstream public network using Wi-Fi.

Range extenders (sometimes called Wi-Fi repeaters), by contrast, are primarily designed to fill in Wi-Fi dead zones in homes. They sit mid-way between the primary Wi-Fi hotspot and the devices that are in the dead zone and repeat the Wi-Fi signal, extending the range.

For most nomads using public Wi-Fi sources like those offered at marinas and RV parks, this type of extender is more problematic than not - and is usually not recommended.

Making moves like this to ensure quality network experience for customers is precisely why onSpot has earned a solid reputation in the marina industry.

MIA members can follow additional discussion on this topic here: