The term "Wi-Fi" is the friendly name for the IEEE (Institute of Electrical and Electronics Engineers) 802.11 communication standards for short range wireless networking.

It is only by complying with these agreed upon standard that interoperable communications is possible - allowing mixing and matching of wireless gear from various manufacturers without concerns about compatibility.

But even geeks have trouble keeping these cryptic names straight!

To head off even more confusion before the next major Wi-Fi version is standardized in 2019, the Wi-Fi Alliance (the industry organization that controls the "Wi-Fi" trademark and defines what it means to be compatible) has announced new consumer friendly names to help people keep things straight.

So just what is coming next, and what will it be called?

The hope is that once this new naming becomes prevalent, it will make it easier for people to pick out the best gear - and the best Wi-Fi networks to connect to.

But if you still want to get geeky - here are the key generational differences:

New Wi-Fi standards take a LONG time to become widespread in the market, but the very first "pre-standard" 802.11ax gear is already starting to peak onto the high-end market in late-2018, and once the standard is finalized in 2019 we expect to see Wi-Fi 6 compatibility grow increasingly common in performance-oriented routers.

By 2020, "Wi-Fi 6" should begin to go mainstream and will eventually be supported by new laptops,  phones, tablets, and hotspot models.

Why "Wi-Fi 6" Matters For RVers & Cruisers 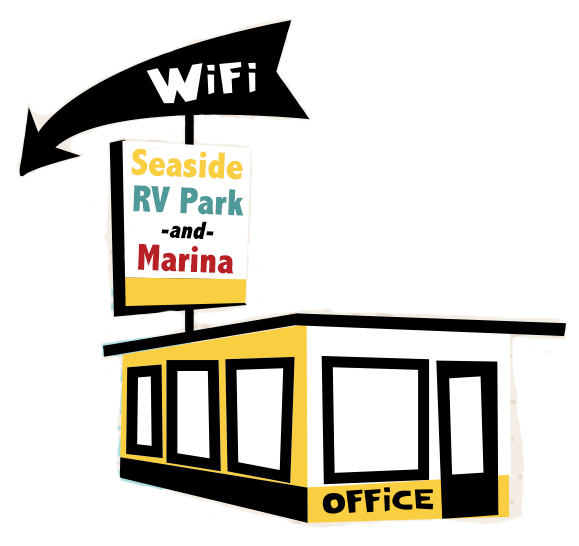 Have you ever scanned for Wi-Fi networks and seen dozens (or more!) of potential networks in range?

In many marinas and RV parks, it is not at all uncommon to have so many networks in range that it can be a struggle to pick out the actual official network that you are supposed to use.

All of these networks are sharing the same public radio spectrum - broadcasting on top of each other!

This overlapping cacophony can often be why your own private Wi-Fi network may be running like molasses - not because your network is congested, but because the airwaves all around you are overwhelmed.

It is like trying to have a private conversation in the middle of a crowded bar - with a band playing, and road construction going on outside too.

In many public places, 2.4GHz Wi-Fi can be near useless due to congestion. And even 5GHz Wi-Fi can run into congestion problems now that more and more devices have begun to use this formerly mostly vacant band.

Allowing devices to better communicate in noisy and congested environments is one of the key design goals of 802.11ax. Advanced wireless techniques will allow devices to actually steer their wireless transmissions, rather than broadcasting in all directions. And smarter encoding systems will allow more simultaneous overlapping conversations on a single channel at one time.

It all adds up to an expected average 4x speed improvement over 802.11ac wireless, and in congested areas the improvements will be even more dramatic.

If you are frequently in places with multiple competing WI-Fi networks in range, keep Wi-Fi 6 upgrades in mind once the technology is widely available.

In addition to "Wi-Fi 6", another upcoming technology from the Wi-Fi Alliance to keep your eye out for is known as WPA3.

The "Wi-Fi Protected Access" WPA standards are what you are engaging with when you enter a password to connect to a Wi-Fi network. The second version of WPA, WPA2, has been required for all Wi-Fi certified devices since 2006 - replacing the older and obsolete original WPA and WEP security standards.

But after over a decade in service, there is room for improvement.

WPA3 is the first major security standards update for Wi-Fi networks in over a decade - and in particular it includes some important improvements for security on open public networks.

In addition to making private networks even more secure, WPA3 actually will allow users on open public networks to remain secure from eavesdropping as well - without ever needing a password.

This is fabulous news for nomads who are often sharing public networks, eliminating a lot of the risk that often accompanies connecting to public networks.

WPA3 is a significant new technology, and it will eventually be as prevalent as WPA2 is today - working invisibly behind the scenes to protect password-protected Wi-Fi networks, and now even open networks too.

But it will take a LONG time for WPA3 to propagate.

The standard has only recently (mid 2018) been finalized, and there are no routers or devices out yet with full WPA3 support. A few high-end new router models might be compatible by the end of 2018, but it will be many years before WPA3 becomes widespread.

The major improvement Wi-Fi 6 will bring is expected average 4x speed improvement over 802.11ac (now known as "Wi-Fi 5") wireless, and in congested areas the improvements will be even more dramatic.

If you are frequently in places with multiple competing Wi-Fi networks in range, keep Wi-Fi 6 upgrades in mind once the technology is widely available. By 2020, "Wi-Fi 6" should begin to go mainstream and will eventually be supported by new laptops,  phones, tablets, and hotspots.

If you're one of our MIA members, log in to view our exclusive video overview about the Future of Wi-Fi - with more information on these upcoming changes and how they impact mobile internet. 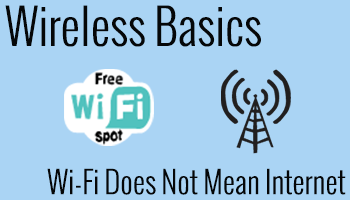 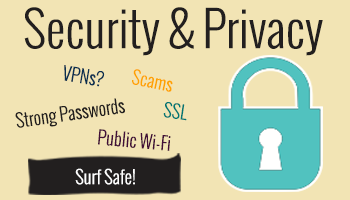