In early May of 2018, Verizon released a new prepaid service called Visible to those with early access codes. 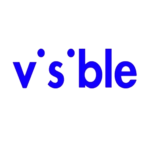 Now, Visible is available to the general public - well, at least those with iPhones for now.

And, since releasing its service in May, Visible has also worked through some of it's 'pre-sale' kinks - including introducing a popularly requested hotspot data feature.

Visible, in its current iteration, is an app based $40/month phone plan that runs on Verizon's prepaid network and offers customers unlimited calling, text, and slowed data (5 mbps) both on device and via hotspot.

Hotspot use is limited to supporting a single device at a time.

In addition to data speeds always being capped at 5 mbps, all data usage is always subject to network management. Video is reduced to 480p resolution as well (DVD quality) - which actually works well with the throttled speeds.

Visible does not include any international calling, texting, or data usage - including use in our friendly neighbors to the North and South - Canada or Mexico.

We're still watching for Visible to officially change their website wording on hotspot data. Currently (9/24/18), their statement on hotspot data continues to include verbiage regarding early access:

Initially, Visible launched with just a big ole 'Nope' to the question. This was changed in June.

Visible via an app on your iPhone - similar in how Project Fi service is accessed. The Visible service can be controlled completely from the Visible app - from set-up to termination.

You'll need to order a SIM card from Visible directly, then follow the directions provided to set-up your service.

Visible is currently available only to iOS users, and you must have a compatible Apple iPhone to use the service. Currently, most models of the iPhone will work with Visible, with the exception of some iPhone SE and iPhone 7 models.

There is no current option for tablet devices or dedicated data devices (like Jetpacks or cellular routers). Visible does not yet support Android devices, but wording on the FAQ portion of Visible's website hints that they have future plans to expand to Android.

We've been tracking Visible's service since it was released in May of 2018. We've seen reports excitement, and frustration, with the service.

In good signal conditions, ping times on postpaid Verizon tend to be in the 40-80ms range. Because Visible traffic is routed through a proxy server first, there's extra ping time. Visible's FAQ states that they "expect network to device (round-trip) latency to be about 150 milliseconds."   This seems to concur with reports we've tracked.

And, being constantly subject to network management - prioritized behind postpaid Verizon customers -  we've seen folks who reportedly use the service within populated areas be frustrated by unusable data service.

There have also been reports over the summer of dropped calls, TXT messages and blips in data. Hopefully, these are things Visible has ironed out before opening the service up.

At a $40/month price point with reportedly easy start-up and termination of service (you can do it on an app!), this may be an appealing unlimited data plan for those who don't need full LTE speed data and aren't bothered by early reports of possible issues.

Remember too - even if slower data speeds work for you, hotspot is limited to a single device at a time. So make sure that is consistent with your travel needs.

For those with 'bigger' needs (i.e. allowing more than one device at a time data access or higher speeds), you'll want to consider other plans.

For some additional resources for finding your right plans: