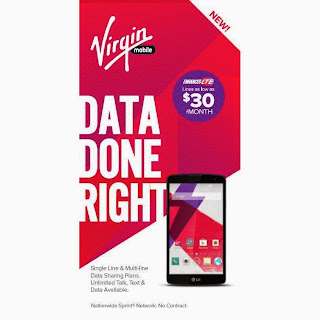 The three plans offered are:

Of particular interest to data seeking RVers, is that the data includes the personal mobile hotspot feature, so it can be used for getting tablets and computers online too.  This is a relatively rare feature, as many MVNO prepaid phone plans don't include tethering or data sharing.

Additional data can be purchased ranging from $10 for 1GB to $35 for 6GB as needed, and for $5/device per month customers can enable unlimited data for usage of popular social media sites like Facebook and Instagram.

The plans are only available in Walmart stores, and at current time only 4 Android based phones are offered. More are coming by the end of February. The plans do require the purchase of these special phones that come pre-loaded with apps that help manage the shared data amongst the phones on the plan. The range of prices for the phones are $79.88 - $149.88.

There is also a $20 'starter kit' fee for each device as well, which also includes 2 free months of unlimited music streaming.

The biggest downside for RVers who need nationwide access in particular is that Virgin Mobile uses the Sprint network as its backbone. While the carrier is rapidly expanding their LTE network, it is far behind that of Verizon and AT&T and mostly constrained to urban areas.

But this may present a viable option for some RVers, particularly those who do stick to bigger cities and interstates and just need a bit of flexible data for a reasonable cost, without contract or credit checks. This might even be an interesting option for our Canadian friends who snowbird in the USA for a couple months of the year.