Unreal Mobile was created by, and is a subsidiary of, Freedom Pop. It appears the intended purpose of the new MVNO is to provide a higher level of service than that of bargain-basement MVNO Freedom Pop.

Unreal includes more options than is typically seen with an MVNO - including a VPN and rollover data.

Unreal sells its own phones, but also supports BYOD with most Sprint-compatible phones.

Unreal only supports smartphones. There is no option for data-only devices like tablets or mobile hotspots.

But, personal mobile hotspot off the phone is officially supported on all Unreal plans. 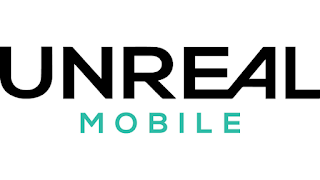 All Unreal Mobile plans come with the following features:

Unreal Mobile offers a lot of useful features for a very reasonable price.

It's also flexible, as the companion app allows you to change your service level at any time (the cost is prorated), which makes it a useful option as an inexpensive Sprint-based backup. Nomads could sit on the cheap $10/month plan and then upgrade to a higher data plan as needed.

Since service is on the Sprint network, the coverage for this plan is limited:

The "unlimited" 2g service is dirt slow but could be useful in a pinch.

The service is just out of Beta, so some details are not yet available, but overall this could be a good option for nomads looking for an inexpensive Sprint backup plan.