UPDATE (11/14/17): Cricket has terminated their 8GB capped data plan, leaving customers with the choice of a 2GB plan, a 5GB plan or their two unlimited plans (which vary in speeds).

Cricket Wireless, a wholly owned AT&T prepaid subsidiary, announced today that they are adding the mobile hotspot feature to their unlimited plan - for an added fee of $10/mo per line.

Finally, you can share data among multiple devices on unlimited Cricket plans!

Of course, there are catches. There always seem to be catches... 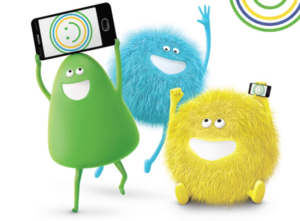 On unlimited plans, the mobile hotspot feature will be capped at 8GB of 'high speed' data per line. All of Cricket's plans are throttled to 8Mbps speeds - which is Cricket's definition of 'high speed'.

In addition, Cricket is re-adding another level of unlimited plan - their 'Unlimited 2' plan which is throttled even further to 3Mbps speeds.

After 8GB of tethered data per month, speeds will be further slowed to 128Kbps for hotspot data on both types of unlimited plan.

Cricket previously only included an option to add hotspot data to capped data plans (still $10 additional fee) - which allowed you to hotspot all of the data associated with the plan at full plan speed (8Mbps on capped plans).

Video streaming on the unlimited plan will be restricted to 480p (standard definition) by default, but the Stream Saver feature can be turned off.

The other cavaets with Cricket plans is that traffic is always de-priotized behind direct AT&T traffic and only includes coverage on native A&TT towers (no domestic roaming). But coverage in Canada and Mexico is included.

A single unlimited data (8Mbps) line on Cricket currently costs $55. At $65 for the added 8GB hotspot use cost, Cricket's plans are competitively priced - even if compared to typical 8GB bucket prepaid AT&T based plans such as StraightTalk or AT&T Prepaid.

In addition to the new unlimited plan hotspot feature, Cricket is offering some new promos involving their 3Mbps Unlimited 2 plans (and likely doing away with some of their older promos).

Starting on November 5, for a limited time, new and existing 'Unlimited 2 Plan' (3Mbps) customers can add up to four unlimited data lines to a base line plan with unlimited data for just $25 /mo. per line.

Or, customers can pick up two lines of Unlimited 2 data for $80, with the option to add 8GB hotspot data to each line rounding the price out to $100.

If you're someone who is looking for prepaid AT&T based data with data use mostly on device, and you don't require a stand alone hotspot device for tethered data - Cricket's new plan with hotspot capability may be worth a second look.

What works for one nomad, may not work for another, and vice-a-versa.

Just remember that prepaid offerings come and go. Since Cricket is a direct subsidiary of AT&T, their stability has historically been solid. And historically, grandfathering of plans and prices has gone into affect as long as you continue to pre-pay your bill. However, we always issue a word of caution when choosing a pre-paid option as your main source of data. The 'no contract' clause works both ways.